We have witnessed the transformation of the world due to the Corona virus pandemic. Communications were also on the front line, which moved to online channels due to the trend of social distancing caused by the pandemic. Social networks were on fire! On fire by the number of users who had too much free time and too little freedom of movement. Suddenly, social networks were flooded with Corona virus posts. Of course, this wave also raised the mud, so we could see the very bottom of the media scene in action, which only “pulled its leg”. The world has instantly become richer by millions of quacks and so-called PhDs. Just like sports commentators, the pages raced to announce the number of new cases, deaths and recovery percentage, drawing a parallel between the countries of a region, Europe and the world, not realizing that there was no winner in this game.

Misinformation during the health crisis can cause panic and fear, but also serious health problems, that actually emerged during this crazy time in this insane environment because people started to eat and drink various things that are not for consumption. But we won’t talk about that. We will not do PR for that ugly side of today’s world, but want to talk about the beautiful, the good sides.

So, during the last couple of weeks, there were some channels that stood out on the domestic scene, that we especially want to mention because their authors sent a completely opposite, positive image of the use of social networks, sharing great content with their followers.

The first channel we want to draw your attention to is Brana’s Divine World, the creative corner of Branislava Antović, a great lover of fashion, art, travel, and life as it is.

During the state of emergency, Brana used her influence and contacts to spread the news about the problems faced by some of our fellow citizens, to connect those in need with those who are able to help or provide important information at a given moment. She shared interesting and useful content with her followers, such as free, easily accessible cultural content that significantly colored our “free” time during the Corona. At the right time, she asked questions of great importance to the whole community in public and helped the answers reach the right addresses. Responsibility and care once again stood out as important characteristics that make a difference.

The second channel we want to mention is the account of the company Ferdinand knedle, which launched a humanitarian action “Hand in hand”. All dumpling lovers, making an order, gained the right to additional free plum dumplings, which were delivered free of charge to our elderly fellow citizens with limited movement during the state of emergency. In 48 days, as long as the activation #rukarukumije lasted, 2,138 Ferdinand dumplings arrived in 1,024 households to support people over the age of 65. On the last day of the action, children with cancer and the staff of the Institute for Maternal and Child Health and the University Children’s Clinic in Tiršova had the opportunity to sweeten themselves thanks to this humanitarian action. With such a great initiative, they combined the beautiful and the useful and used the power of social networks in the best possible way.

The last pages we’re going to talk about today are no less important. These are the Facebook and Instagram pages of Kliping Srbija, an agency for traditional and social media content monitoring and analyzing. Using the mechanism and breadth that their daily work provided in the sea of negative, even false cataclysmic or healing news, they chose to move the spotlight a little and once a week share the “Good News” with their followers. From day to day, they gave positive impulse to life, following the successes of our young mathematicians, sharing interesting news from the world of culture, great achievements from the world of science and interesting things from different continents. They could have chosen the path that many took by chasing the number of clicks and likes, but they chose to be a window into the world after a gloomy day. Great job, we followed each post with pleasure and rejoiced in the good news. 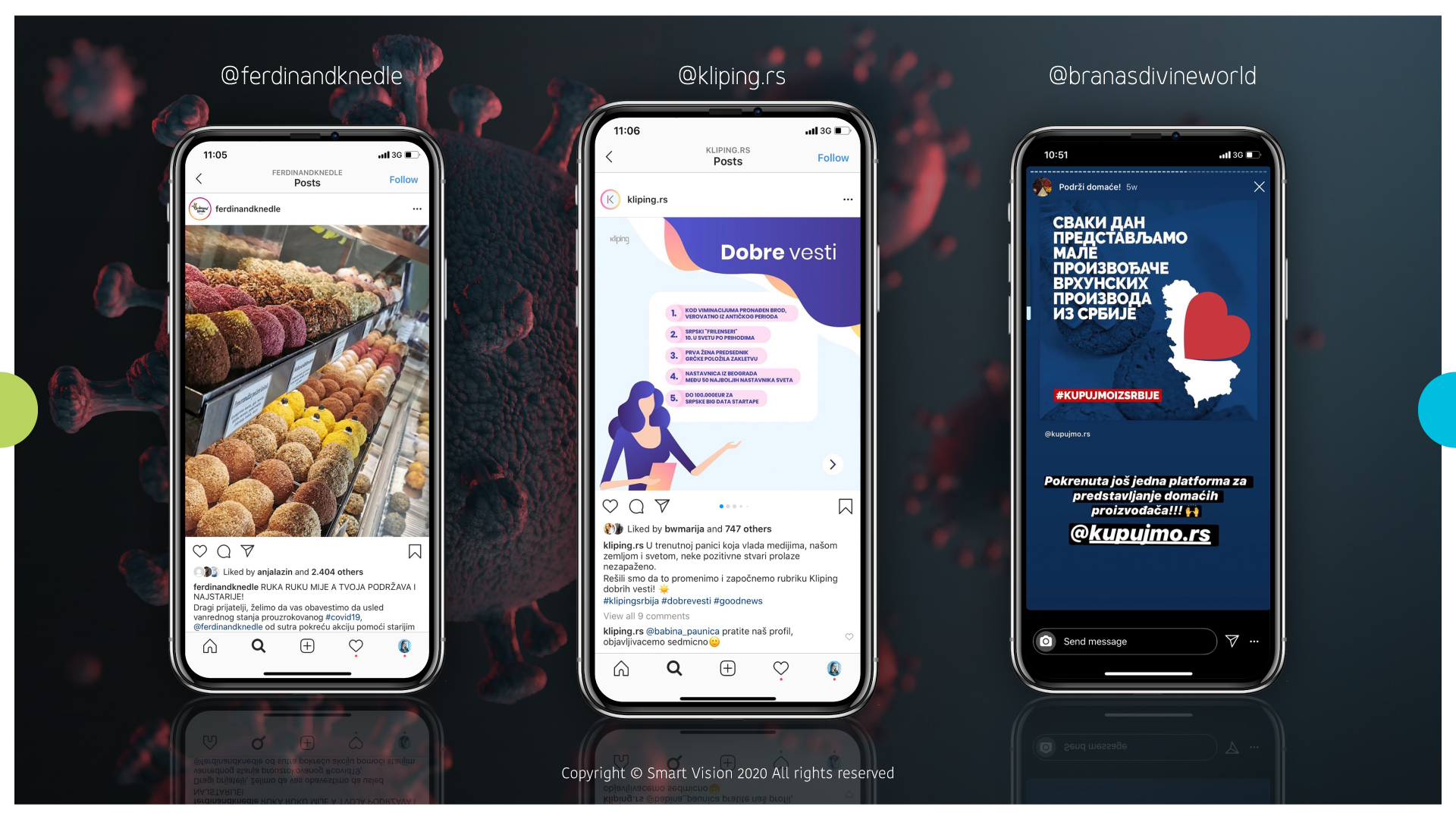 We use cookies to ensure that we give you the best experience on our website.I ACCEPTPrivacy policy